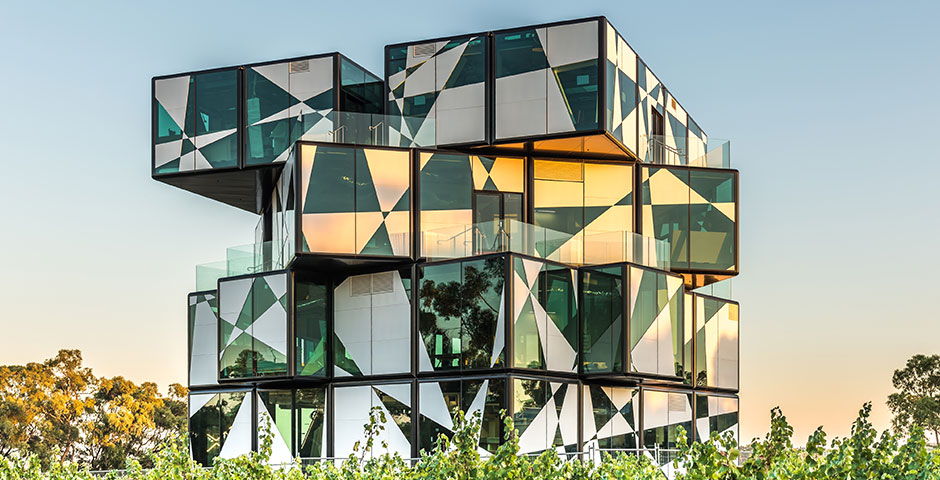 d’Arenberg’s Chief Winemaker and Viticulturist Chester Osborn approached Sarah armed with the basic concept of the Cube. Sarah then put together a team that included ADS Architects, Bestec and CPR Engineers, to commence the documentation, planning and approval processes. Construction commenced in late 2014 and was undertaken over two key stages: Substructure and services enabling works; and the Superstructure.

From the concept stage of the Cube, d’Arenberg made it clear that the team must consider aesthetics in conjunction with constructability and function for the desired outcome to be achieved. Despite a challenging design concept, the project team delivered on the promise of a prominent and unmistakable landmark, a future icon of the McLaren Vale region.

Inside The d’Arenberg Cube

“The unique, never done design of so many aspects of the d’Arenberg Cube didn’t faze Sarah Constructions; Sarah relished and excelled in this unique project.  Their very professional accounting and building process systems made the job somewhat effortless.”

A McLaren Vale icon, delivered with a balance of design and functionality Make an appointment to discuss your next project with Sarah Constructions